The 2018 Spartan Race Season is launched, here is all the important info:

This page will allow you to understand the Spartan Race 2018 operation, you will find the 2018 organization, the categories, the qualification modes for the 2018 Championships, the important details.

This year Spartan Race this is : 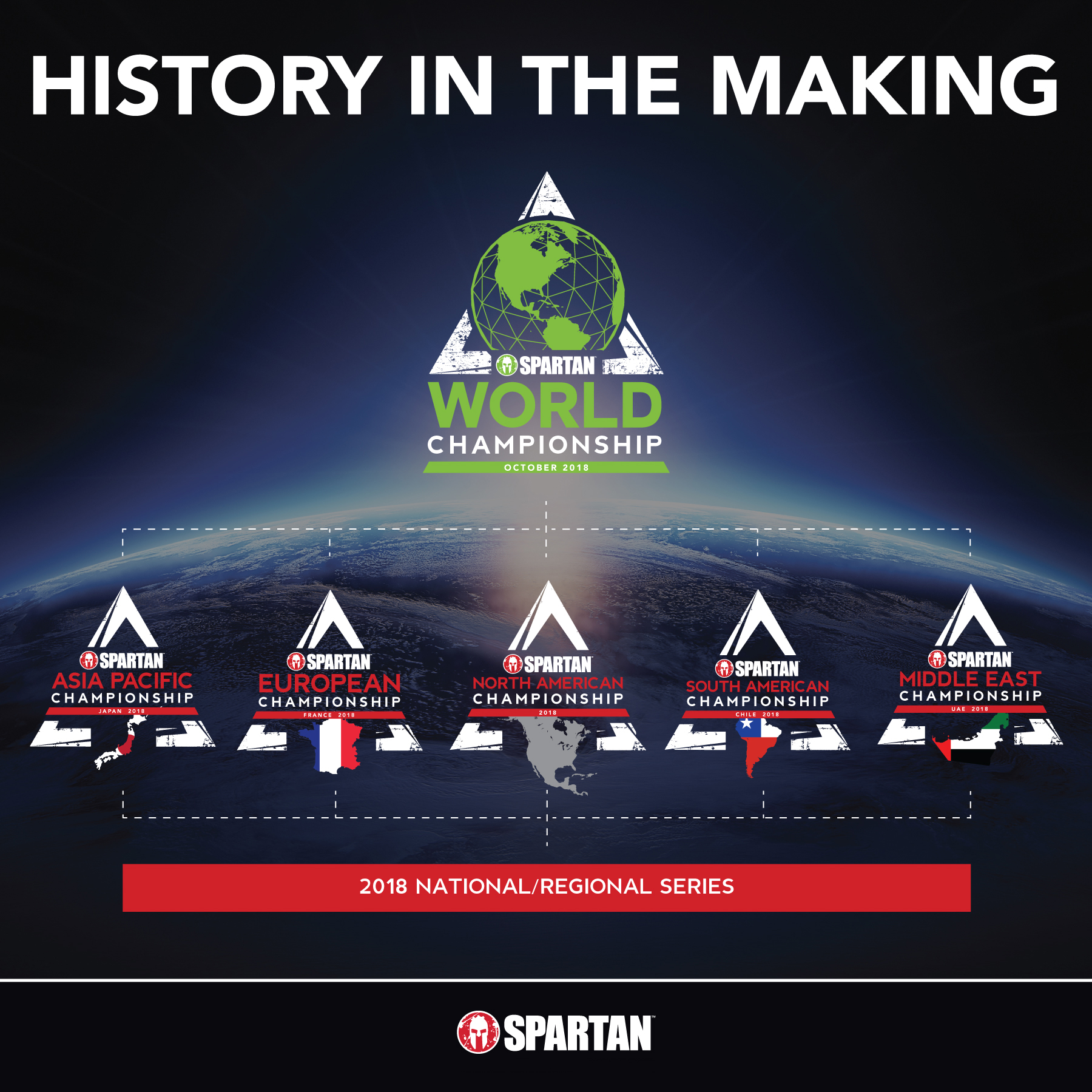 These are non-National Series events that will feature Elites and Age Group races (CF Categories Spartan Race 2018). During these races the qualifications are also played for the Regional or World Championships.

Info : French National list is available behind this section.

The qualifications for the European Championships start on 23 September 2017.

Many will come to the end. Only one will be at the top. Will you be There ?

Here you can see the list of the event presents in the France National Championship Series 2018 :

Each Spartan runs for different reasons. For some, Spartan Race is a high-level sports competition, for others a way to get in shape and for a major part a real way of life. Whatever your motivation, we will always have a category that will match your mood and ensure the best possible experience.

Elite athletes compete to win titles, compete against the best, attract potential sponsors and climb to the top of the various Spartan Race Series standings. Elite runners, like the Spartan athletes, are committed to impeccable sportsmanship and strictly adhere to race rules and guidelines. Riders who do not respect these guidelines risk disqualification. If you’re wondering why you’re running in the elite, it’s because you’re not one.

The Age Group Category, better known as “Competitive” is a series of starting wave just after the Elite Wave. Age Group riders will follow the same rules and guidelines as Elite riders. The Age Group Categories will be supervised by referees throughout the course as well as video viewing, there will also be a point ranking of the series, a podium and exciting money prizes.

The qualifying places for the Regional and World Championships will be issued according to your age group, here is the table:

WARNING : in accordance with the legislation in force on Western Europe, the 14-17 age categories will not be represented at the Spartan Race European Championship Age Group in Morzine Avoriaz. Qualified participants in the 14-17 category and 18 years old before the Morzine Avoriaz race will be able to take part in the 18-24 category. 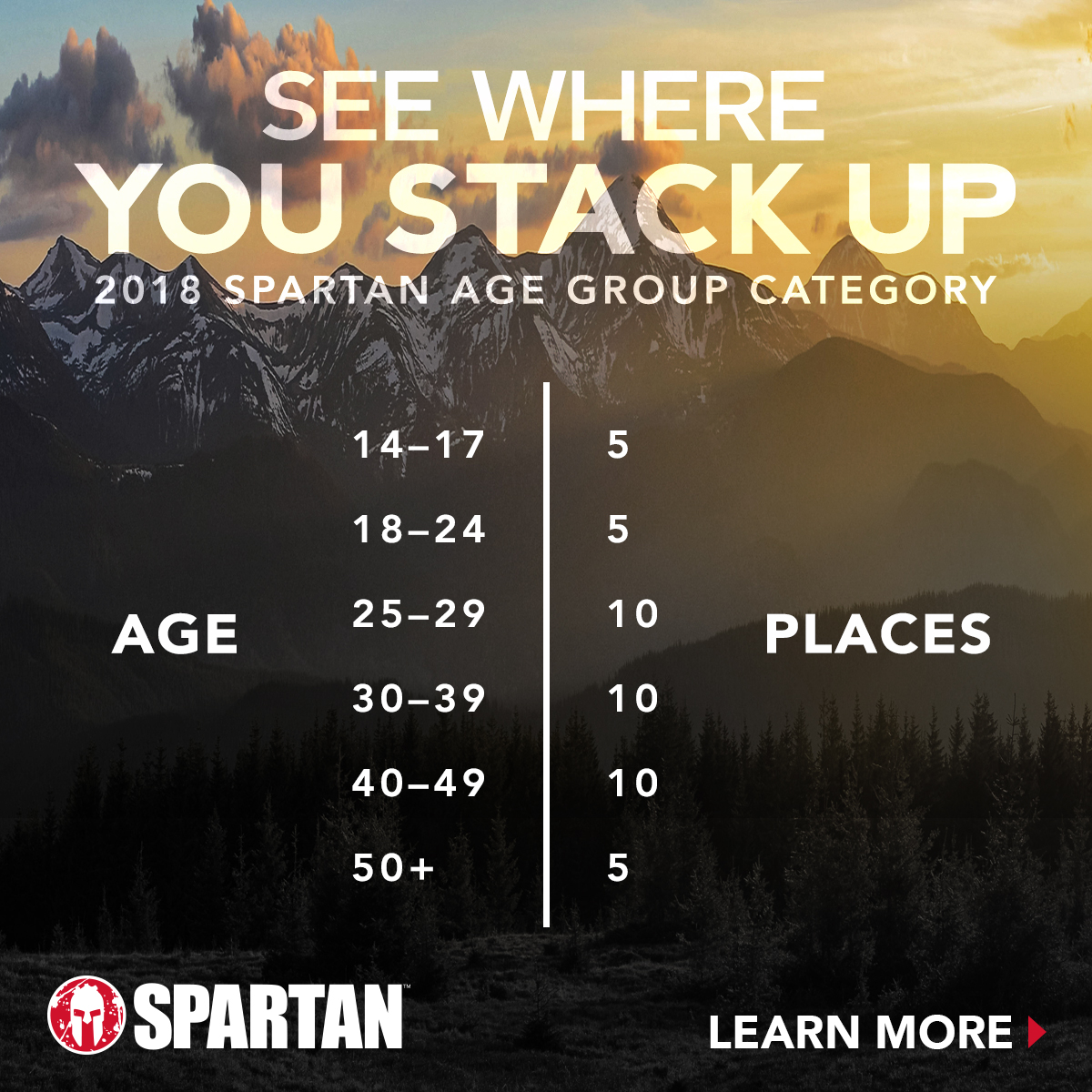 The Open Category is open to everyone! The Spartans of all weekends, beginner athletes, alone or in a team, you will always be welcome here. The Open Category has the same purpose as the Elites or Age Group categories, get out of your comfort zone, test your physical limits and discover the unique experience of crossing the finish line of a Spartan Race. However, it is not because you have entered the Open Category that you do not have the right to overtake yourself and push the pace of the race to the maximum. Regardless of the category in which you will participate, all your races will be counted to obtain the Trifecta or the Spartan Delta (triangle corresponding to the realized distance).

During each Elite and Age Group event, a reward ceremony will be organized.

During the Trifecta weekends, a Trifecta Racers podium will be made on the Elite category.

You can register as a team, the teams must consist of 4 members minimum.
A classification will be made after the race.

The Open Category will also be represented during the Regular Season, the National Series and the Continental Championships.